This concert featured works which engage the turntable and vinyl record as sources of musical material in their own right, beyond the turntable as a machine, and the vinyl record as a container for a complete, recorded piece of music. Since the invention of the gramophone in the late nineteenth century, composers have experimented with using the player and records in their music: as instruments, scores and sound materials. Composers Ottorino Resphighi and Kurt Weill experimented with the ‘non musical sounds’ generated by turntables in the 1920s, whereas German composers Paul Hindemith and Ernst Toch explored manipulations of the records themselves in their ‘Grammophonmusik’ of the 1930s.

Since then, there has been many works: the broken and reconstructed records of Milan Knížák, records in installations by Christian Marclay, the avant garde turntablism of artists such as Maria Chavez and others through to turntable concertos by composers such as Chris Gendall and Gabrielle Prokofiev. These contrast with the noise music experiments of Australia’s Lucas Abela and the etched records of Marco Fusinato. Not to mention the explosion of DJ culture and other popular music genres that feature the turntable, such as HipHop. 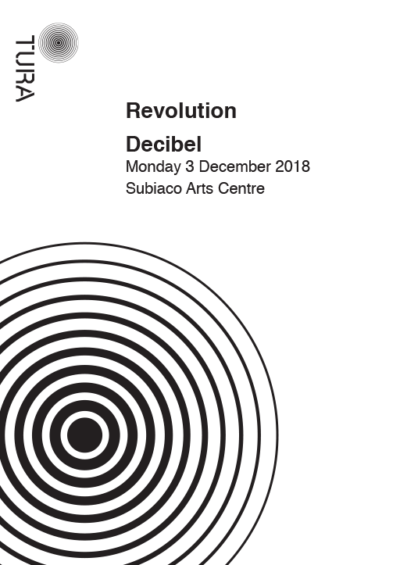