The result is a delicate and particular sound world not unlike the spectral composers, with Sceli’s approach noted by Italian composer Guiloi Castagnoli as sound seeming almost decomposed into a spectrum, rather than composed into combinations of notes. Scelsi lived in Rome, where he organized concerts of contemporary music.

Many of his works  began as improvisations, transcribed into published compositions by collaborators under his guidance, with detailed performance notes provided by Scelsi after working with the performers. Later in his life, he came to conceive of artistic creation as a means of communicating a higher, transcendent reality to the listener, perhaps influenced by his many trips abroad. From this point of view, the artist is considered a mere intermediary. Scelsi never allowed his image to be shown in connection with his music; he preferred instead to identify himself by a line under a circle, a symbol of Eastern provenance.

The Decibel program is informed by considerable background research into Scelsi’s work: including texts in English, French and Italian, consultation with his publisher ‘Parole Gelati’ and attendances at workshops in Italy with the oroignal performers of Scelsi’s works Carole Robinson and Karen Levine. 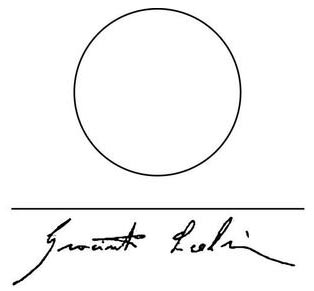 This is a program featuring works from Giacinto Scelsi’s (1905 – 1988) latter period as well as reworkings and new compositions inspired by the composer. An idol of Ennio Morricone’s Gruppo di Improvvisazione di Nuova Consonanza, and mentor to Alvin Curran amongst others, Scelsi’s work went largely unrecognised in his life-time. Decibel pay homage to this great composer whose work is an inspiration to many,.

Works included in this program

Scelsi’s interest in microtonality led him to abandon writing for the piano in the mid-1950’s with the exception of two works recorded here. In Aitsi, the natural attack of the piano is masked by distortion generated electronically from the attack of the note(s), allowing only the natural decay of the note to be heard. Decibel performed the electronics with a newly cerated computer patch; and put the score into the Decibel ScorePlayer for accuracy.

For bass instrument.
This was Scelsi’s last original composition and though was published for baritone sax, it was intended for any bass instrument. Decibel member Tristen Parr performs this solo on cello, with electronic effects, a version developed in consultation with Giancarlo Sciaffidi, who premiered the work on bass trombone.

For bass flute, bass clarinet, piano, viola, cello and electronics.
This piece takes its departure in the way Scelsi would adopt glissandi, vibrato and drone in his later works. Each instrument is sampled in their second appearance in the work, and this initial pitch is transformed through the duration of the work, sliding across the other parts. The movements of these slides are designed from parameters extracted from a book of collected Scelsi writings, transcribed from tape recordings, entitled Sogno 101. Like Scelsi’s words, the instruments are ‘transcribed’ into the work as a whole. This is the world premiere of this piece.  It is read on the ipad, in the DecibelScorePlayer.

For flute, bass clarinet, viola, cello, electric organ and electronics.This work was originally for 9 instruments, and Decibel have reworked it to enable it to be performed on five of these. The four absent instruments -a second flute, horn, violin and double bass – are replaced with an electronic rendering of their sounds, created by visualizing the frequencies of the absent instruments and then re-sonifying the image with multiple sine tones. In this way, the reduced ensemble retains the original – though lightly refracted – timbre of the work, embracing the way that harmonic aspects of Scelsi’s music are often nothing but a by-product of a ‘globalising’ approach of all the sounds together, focused around the interval C sharp – E.

For flute and clarinet
It is what lies beyond (and within) the notes in this piece – beatings, overtones, micro-tonal inflections – that are important in this work “The melodies themselves move from sound to sound, but the intervals are empty abysses, for the notes lack sonic energy. The inner space is empty”

For viola and cello.
In three movements. Ty was a pet name for Scelsi’s wife from whom he was later estranged.

This is one of the earlier works in this program, however this and other pieces of the 1950s can be viewed as studies for his later large ensemble and orchestral works. Tre pezzi provide a wonderful exploration of the function and meaning of the listener’s memory in music. The work is in three movements

For solo performer.
Taken from the Three Latin Prayers collection, this work was performed as a solo voice work in Palermo, and a solo flute work in Melbourne.