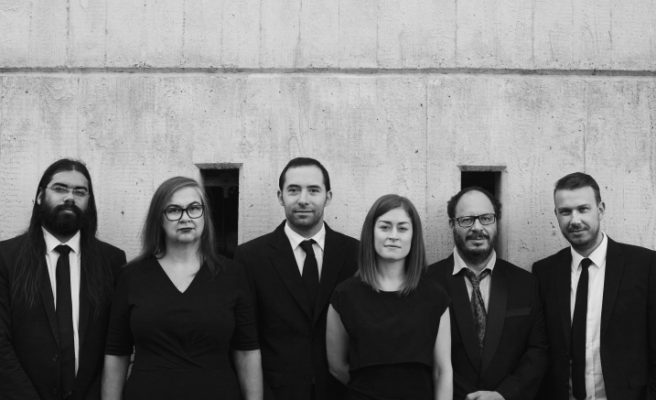 Decibel New Music Ensemble was founded in Western Australia in 2009. To celebrate ten years – four international tours, five recorded releases, over 70 commissioned works and 30 world premieres performed in Australia, Decibel commemorates with 10 performances across Australia in 2019, performing Australian works commissioned and premiered by the ensemble in places they have never been experienced.

In Melbourne as part of the Metropolis New Music Festival 2019 Decibel will present ten works it has commissioned from Victorian composers since its foundation at the Melbourne Recital Centre. The works include a piece written by leading innovator Warren Burt for the first ever Decibel concert in 2009, and discussed in Eldrich Preist’s book on experimental music.

A work from Decibel’s 2014 After Julia project by 2019 Green Room Award Winner Thembi Soddell provides a musical response Gillard’s term as Prime Minister of Australia. Visual artworks by Brigid Burke and Marco Fusinato exhibited in the 2017 Sounding Art project at Packenham Arts Space in Fremantle Western Australia are performed alongside a work commissioned as part of the Summers Night mentorship Project 2018, by Carmen Shoenborn Chan. Two works commissioned from composers, James Rushford and Sam Dunscombe in 2012, who who perform in the Melbourne trio Golden Fur, are also featured, as is a work by new Victorian Cat Hope.

The performance is facilitated by Decibel ScorePlayer, a commercially available iPad application developed by the ensemble that enables the coordinated reading graphic notations. It promised to be a diverse and exciting program where electronics and acoustic instruments work alongside each other from the most delicate compositions to the most energetic yet structured improvisations.

Artistic Director Cat Hope comments that, “This concert shows just a sample of the important contribution Melbourne composers have made to Decibel’s repertoire since our formation, and we look forward to commissioning even more work into the future”.