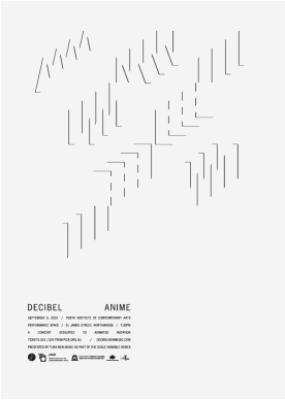 This is a concert dedicated to Animated Notation, an emerging form of music notation where graphic instructions are put into action through interactive computing, video and lighting. The concert will present all the scores to the audience throughout the concert and includes world premieres of pieces by composers pioneering the form, including Ryan Ross Smith (USA), Felicity Wilcox (NSW), Cat Hope (WA), Lindsay Vickery (WA), as well as Australian premieres of works by Bergrún Snæbjörnsdóttir (Iceland) and emerging WA composer Dane Yates. The concert features a new piece by WA composer Jonathan Mustard, as part of Decibel’s ‘Difficult Commission’ project. In addition, a detailed sound design for the concert will be created by Johannes Mulder.

Produced by Tura New Music (Scale Variable) with support from the WA Dept Culture and the Arts, the New Music Network and the Difficult Commission.

Hear Cat and Johnathan talking about the concert on the Books and Arts Daily program on Radio National.