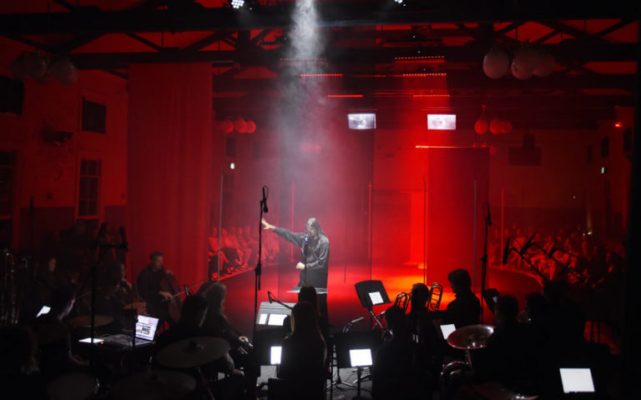 This concert features Decibel performing a selection of works they have commissioned from Western Australian women since their foundation in 2009. It makes part of their 10 at 10 celebrations – 10 concerts around Australia featuring music they have commissioned since their inception 10 years ago. The concert features work by Amber Fresh, Erin Coates, Catherine Ashley, Rachael Dease, Olivia Davies, Cissi Tsang, Annika Moses and a new work from WA composer Kate Milligan made possible through Tura’s Young and Emerging Composer Commissioning Program.  The concert is a part of the Gender Diversity in Music and Art Conference to be held at UWA, July 16-19.

Congratulations to Aaron Wyatt for his nomination in the 2019 Helpmann Awards, for his musical direction of Cat Hope’s 2019 production of Speechless. The opera featured four soloists: Judith Dodsworth, Karina Utomo, Sage Pbbbt and Caitlin Cassidy, with a combined community choir of 30 voices and the 30-piece multi-instrumental Australian Bass Orchestra, led by four section leaders from Decibel.

Speechless was presented by Tura and Perth Festival, after a development in 2017 at Vitalstatistix. See the full list of nominees. Aaron penned an article on his musical background and aspirations for music blog Loud Mouth. You can read the article here.