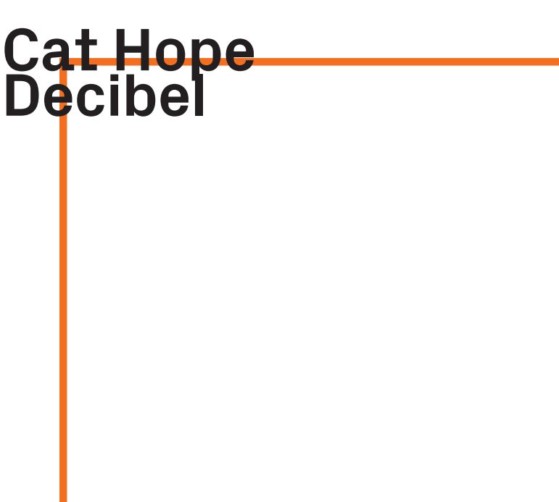 This is an album of compositions by Australian composer Cat Hope,performed by the Decibel new music ensemble. The ensemble has provided a collaborative environment where Hope’s composition has evolved, and the group is made up of close colleagues with skills as musicians, composers, producers, sound engineers, and software programmers. It is difficult to overstate the importance of this group in Hope’s development as a composer. For example, it was within this group that the Decibel ScorePlayer software was developed, software that Hope uses to present her animated graphic notations. Recording engineer and Decibel member Stuart James led the first recordings of Hope’s work, and as a performer in the ensemble, Hope was able to become intimately familiar with the repertoire of her favorite composers, including works by composers in the ensemble itself. The ensemble premiered some of her earliest notated words. Sharing a common interest in commissioning and performing Australian new music, the group has toured Australia, Europe, Japan, and Malaysia, committing to residency periods where they would develop new works, performance approaches, software, and concert programs. Currently, Decibel’s six performance members are spread between the Australian cities of Perth and Melbourne.

All the pieces on this album use the Decibel ScorePlayer, a tablet computer application that animates and coordinates the reading of networked graphic scores. In Chunk, it sends coordinates from one page of the score to a Disklavier and the other to the live pianist on a second piano. In Wanderlust, different audio recordings can be inserted into the score. In Shadow of Mill, the subtone is played from the score itself, and Majority of One includes a notated part for room feedback. Some tracks on this album were recorded in real-time over the Internet between Perth and Melbourne, cities some 3400 kilometres from each other, facilitated by software developed by Decibel member Aaron Wyatt.